Born: 11th October 1954
Geldern, Germany
Düsseldorf School
Main
Biography
Artworks
For me, making a photograph is mostly an intellectual process of understanding people or cities and their historical and phenomenogical connections. At that point the photo is almost made, and all that remains is the mechanical process
Thomas Struth
I'm interested in photographs that have no personal signature
An interview with Thomas Struth for the exhibition catalogue 'In Deutschland' for Rheinische Landesmuseum, 1979
Taking a photograph is a curious act of selecting from the outside world. If you can believe in its depictorial quality, a photograph can be a valuable means of a thesis, antithesis, and communication. It has a clear language, one that speaks openly not only about its subjects, such as people, architecture, and landscape - which, in a way, can be dislocated and brought together visually through a series of photographs - but also very much about the attitude of the photographer toward these things. In this regard, a photograph is always objective
Thomas Struth, Carnegie International 1991
Life is limited, and to be alive is a gift
Thomas Struth in conversation with Paul Laster for Garage, VICE
With the self-reflection that art allows, we can often understand ourselves, and what we value, differently.
Thomas Struth in an interview for CNNstyle, February 2018
With travelling I also feel that you sharpen your own existence in a way by comparing it with the culture of other places
Thomas Struth in an interview for New York Times, 2007
•
•
•
•
•
•

Thomas Struth was born in 1954 in Geldern, North Rhine Westphalia, Germany, to Gisela Struth, a ceramic potter, and Heinrich Struth, a bank director. Thomas was born nine years after WWII (his father was a soldier in the Wehrmacht and was shot twice) and he claims that growing up in post war Germany had a profound effect on his worldview. This was especially true when working on his family portraits series which, he claimed, always prompted him think about what his own family did under fascism.

Struth's interest in the creative arts developed from a young age. He recalls how at the age of just nine his father, who had been on an overseas visit to America, gifted him a book about New York by Don Hunstein (probably: New York: a book of photographs (1966)). Struth remembers this as a particularly memorable book and it inspired his fascination with the medium. His mother was particularly enthusiastic regarding her son's growing interest in the arts, and he recalls how she would frequently buy him books related to particular artists, including the likes of Paul Cézanne. Struth enjoyed drawing and painting (completing his first studied composition at the age of fourteen) but his interests not only pertained to art, but to music also. He learned to play saxophone and even joining his school band. Struth explained in a 2007 interview with the New York Times that somewhere between the ages of fifteen and sixteen he began to develop an interest in travelling. His wanderlust stuck with him and the idea became a motif within his photographic work. Elaborating upon his interest, Struth described himself as a curious person, and championed his nomadic tendencies as "one good method to satisfy the curiosity."

Previously residing in Köln, Struth decided to submit his drawings to the Kunstakademie Düsseldorf and was duly enrolled as a student. After completing a gap year (in 1973) he joined the Kunstakademie where he studied under artists Bernd and Hilla Becher and Gerhard Richter. Initially, Struth studied as a painter alongside Richter, using photographs only as a reference for his painting. He later turned his interest solely to photography, stating that he felt that the photographic medium could address the public whereas painting was rooted in the artist's private life.

In 1976 he decided to concentrate on street photography and took to the streets of Düsseldorf, producing a series of forty-nine photographs. The series marked the beginning of Struth's detached perspective on bustling cities. His work was exhibited as part of the Rundgang exhibition, a student-orientated display that occurred annually. The success of the exhibition helped cement Struth's interest in photography, and he took the decision to switch to training as a photographer under Bernd and Hilla Becher, founders of the Kunstakademie's dedicated photography department. It was through the Bechers that Struth was introduced to working with the large format camera, an apparatus that became central to the production of his signature work. He described the Becher's as committed teachers but rather casual, recalling how they often met with him in restaurants to discuss his work. It was in the photography department that he made the acquaintance of other artists, including Thomas Ruff, Andreas Gursky, Axel Hütte and Candida Höfer. The friends would become known collectively as the so-called "Becher School."

By 1977 Struth had moved to New York where he was awarded a MoMA scholarship while working at the PS.1 studio. In the year that followed he photographed various city locations including Wall Street, Soho, and Brooklyn. Demonstrating his objective, documentary-like approach, the fruits of his scholarship were showcased at an exhibition in 1978. On completion of his scholarship, however, Struth left New York (which he had found rather imposing as a city) for Europe where he visited, and resided at, a number of locations. While in Europe, Struth started to expand his repertoire, producing photographs on aspects of culture, religion, and architecture. In the early 1980s, Struth's photographic career was put on hold while he fulfilled his national duty to undertake civilian service work (which he did in a small print shop in a community centre in Düsseldorf).

In 1984 Struth visited Rome, photographing its architecture; and then Japan, where he began work on his Families portrait series (1987-90). He returned to Italy in 1988, residing in Rome and Naples. While in Italy, he stayed with the photographer and Kunstakademie student, Janice Guy, and Giulia Zorzetti, a restorer of old paintings. Indeed his friend Guy became a sitter for the above-mentioned Families series.

In 1990, Dieter Schwarz, director of the Kunstmuseum Winterhur in Zurich, offered Struth the opportunity to take photographs for a hospital wing in Lindberg. Struth accepted the offer, producing photographs of flowers and landscapes. Remarkably different from his disassociated perspective of cities, Struth had demonstrated his latent versatility. Between 1993 and 1996 Struth taught photography at the Staatliche Hochschule für Gestaltung in Karlsruhe, Germany. He said of the experience: "It was good, I liked it. I mean in the beginning, it was a strange thing because I was 39 when I started and I felt that it was very interesting to be a professor of photography because it sounds like a contradiction!" Between 2004 and 2007 Struth undertook his famous Audiences project while his nomadic instincts took him to China, Italy, America, France, Brazil, Japan and Australia where he photographed streets, forests, and places of worship.

In 2007 Struth married author Tara Bray Smith in New York. His marriage also marked the point in his career at which he switched his focus from human nature and culture to complex manmade structures. He produced photographs of structures that were marvelled at for their practicality, and which had hitherto never served any artistic purpose whatsoever. His new appreciation of the human ability to create extraordinary structures inspired Struth to visit the Kennedy Space Center in Florida (twice) and the NASA space museum. His visit to the NASA complex inspired him to call on many more areas in which new technologies were in the process of being created. He decided thus to create an extensive document on technology to encompass research laboratories in other countries, including Germany, Israel, Argentina and Scotland.

Marking a new turn in his artistic career in 2011, Struth was commissioned by the National Portrait Gallery in London to create a portrait of the Queen and the Duke of Edinburgh. The prospect was intriguing to him as he had previously shied away from photographing prominent people (even though he was well known for his portraits of "ordinary" people).

Struth's experimentation with subject matter took a new turn in 2014, when he was granted permission to photograph behind the scenes of Disneyland by the CEO Bob Iger. His focus on the theme park resulted in a series of "little worlds" that could sit alongside his photographs of the many cities he visited. Indeed, many of Struth's photographs of Disneyland do not reveal their recreational purpose at all.

Currently Struth lives and works between Berlin and New York. In an interview in 2012 with Talking Germany's host Peter Craven, he told the broadcast channel that despite living in Düsseldorf for nearly four decades, "when we moved to Berlin [he] felt that [his] life's history with Düsseldorf was fulfilled in a certain way." He is still very much in demand in America, and has revealed that he has even turned down a commission to photograph President Donald Trump.

The Legacy of Thomas Struth 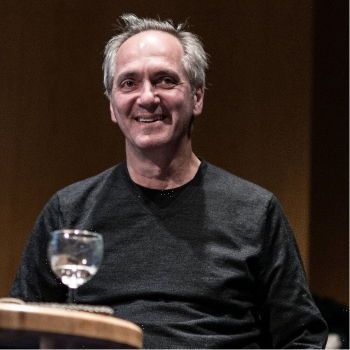 The power of Struth's photographic realizations are beyond doubt and wide-reaching in their influence. Associated chiefly with the Düsseldorf School, he was, as a member of that most esteemed group (which included Candida Höfer, Andreas Gursky and Thomas Ruff) responsible for the creation of an "international style" for the photographic medium. He was, moreover, instrumental in bringing a new scale to the photographic image and its elevated status as "Fine Art" was reflected in the unprecedented prices they commanded. Indeed, through his skill of producing photographs on the scale of history painting, Struth presented works that could compete with the paintings hanging on the walls of national galleries. The colossal scale of Struth's work, combined with his fundamental desire to document the world rather that alter it, has had a great impact on contemporary photographers, and similarities with his work can be seen in the technique of Michael Wolf, and especially the latter's famous Corner Houses series.