As long as I live I will have control over my being.

I have made a solemn vow never to send my drawings because people have cheated me. In particular, just today I found... that, having done a drawing of souls in Purgatory for the Bishop of St. Gata, he, in order to spend less, commissioned another painter to do the painting using my work. If I were a man, I can't imagine it would have turned out this way.

They [clients] come to a woman with this kind of talent, that is, to vary the subjects in my painting; never has anyone found in my pictures any repetition of invention, not even of one hand.

You will find the spirit of Caesar in this soul of a woman,

Artemisia Gentileschi was born on July 8, 1593, in Rome to Prudentia Montone (who died when Artemisia was 12), and Orazio Gentileschi, a well-known painter. The eldest of several children, Gentileschi quickly showed an aptitude for art and began to learn from her father. Orazio was a friend of Caravaggio, the provocative painter at the forefront of the art scene in Rome. Together, Orazio and Caravaggio were once charged for writing slanderous graffiti on the streets of Rome about another painter. During the trial, Orazio told an anecdote about Caravaggio visiting his house to borrow some angel wings, indicating that the great artist was intimate with the Gentileschi family and suggesting that the eldest daughter Artemisia would have met him. Regardless, when Artemisia was 13, Caravaggio was implicated in a murder and forced to flee from Rome to Naples. Despite this, Caravaggio's influence can be seen in the work of both Orazio and Artemisia.

In 1611, Orazio was hired to decorate the Palazzo Pallavicini-Rospigliosi in Rome, alongside another painter, Agostino Tassi. Hoping to help the 17-year-old Artemisia to refine her painting technique, Orazio hired Tassi to tutor her. This gave Tassi one-to-one access to Artemisia and during one of their tutoring sessions, he raped her. She later described the ordeal, "He then threw me on to the edge of the bed, pushing me with a hand on my breast, and he put a knee between my thighs to prevent me from closing them. Lifting my clothes, he placed a hand with a handkerchief on my mouth to keep me from screaming".

After the rape, Artemisia started a relationship with Tassi, believing that they were going to be married, but Tassi, later, refused to wed her. Orazio took the unusual decision to press charges against him for rape and the subsequent trial went on for seven months. This hinged on the fact that Artemisia had been a virgin before Tassi had raped her. The trial revealed various other scandalous details, including accusations that Tassi had murdered his wife. As part of the court proceedings, Artemisia had to undergo a gynaecological examination (to prove her claim that she had been a virgin), and she was tortured with thumbscrews in order to test the truthfulness of her testimony. For an artist, this form of torture could have been devastating, but Artemisia fortunately avoided permanent damage to her fingers. Her impassioned testimony, where she claims she might have killed Tassi after the rape, gives an indication about her character and her determination. 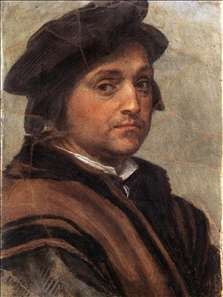 Tassi was eventually found guilty and was punished by being exiled from Rome. This sentence, however, was never carried out as Tassi received protection from the Pope due to his artistic skill. Notably, many of Artemisia Gentileschi's subsequent paintings feature scenes of women either being attacked by men, or in positions of power seeking revenge.

A month after the trial had finished, Orazio made arrangements for Artemisia to marry the artist Pierantonio Stiattesi. The pair moved to Stiattesi's home town of Florence. Here she received one of her first major commissions, for a fresco at the Casa Buonarotti, the home of Michelangelo, which was being turned into a monument and museum to the painter by his great nephew.

While living in Florence, Artemisia became the first woman to be accepted into the prestigious Accademia delle Arti del Disegno (the Academy of Arts and Drawing). This allowed her to purchase her artistic supplies without the permission of her husband and to sign her own contracts. She also gained the support of the Grand Duke of Tuscany, Cosimo II de'Medici, from whom she received various lucrative commissions.

In 1618, Artemisia and her husband had a daughter, Prudentia, who was named after Artemisia's deceased mother. Around this time, Artemisia started a passionate affair with a Florentine nobleman called Francesco Maria di Niccolò Maringhi. Their affair is documented by a series of letters from Artemisia to Maringhi, discovered by the academic Francesco Solinas in 2011. Unconventionally, Artemisia's husband knew about the affair and used his wife's love letters to correspond with Maringhi himself. It seems that Maringhi was partially responsible for keeping the couple financially solvent, something that was a frequent concern for them due to Stiattesi's mishandling of money.

Financial problems, alongside widespread rumors regarding Artemisia's affair triggered disagreement between the couple and in 1621, Artemisia returned to Rome without her husband. Here, she continued to be influenced by the innovations of Caravaggio and worked with several of his followers, including the painter Simon Vouet. She was not as successful in Rome as she had hoped and towards the end of the decade she spent some time in Venice, presumably searching for new commissions.

Continuing her itinerant lifestyle without her husband (but with her daughter), Gentileschi moved to Naples in 1630, where she worked with a number of well-known artists such as Massimo Stanzione. In 1638, Artemisia was invited to the court of Charles I of England in London where her father had been the court painter since 1626. Orazio had made his name as the only Italian painter in London and one of the first artists to introduce the style of Caravaggio to England. Despite the fact that they had not seen each other for more than 17 years, there is little record of Orazio and Artemisia's reunion. Whilst in London Artemisia painted some of her most famous works including her Self-Portrait as the Allegory of Painting (1638). It has also been suggested that she worked alongside her father on an allegorical fresco for the Greenwich residence of Charles I's wife, Queen Henrietta Maria. Orazio died in 1639 at the age of 75 and so it is possible that Artemisia's assistance was necessary for the completion of this significant project, particularly as Orazio would have been an elderly man. Artemisia appears to have remained in London for a couple of years after her father's death, although she had definitely left England by the time Civil War broke out in 1642. Little is known of her later movements, although correspondence with her patron Don Antonio Ruffo suggests that she returned to Naples. The last surviving letter between the two is dated 1650 and implies that she was still actively working at this point. Her date of death is uncertain; there is some evidence to suggest that she was still working in Naples in 1654, and it has been speculated that she may have died of the plague which devastated the city in 1656.

The Legacy of Artemisia Gentileschi

Artemisia Gentileschi's legacy has been controversial and complex. Although well-respected and well-known during her lifetime, after her death she was almost entirely omitted from art historical accounts of the period. This is partly because her style was often similar to that of her father and many of her works were mis-attributed to Orazio.

Artemisia's work was rediscovered in the early 1900s and was particularly championed by the Caravaggio scholar Roberto Longhi. Both academic and popular accounts of her life and painting, however, were colored by exaggerated and overly sexualized interpretations. This is partly due to a sensationalized novel about Artemisia published by Longhi's wife Anna Banti in 1947.

In the 1970s and 1980s, feminist art historians such as Mary Garrard and Linda Nochlin began to reassess this understanding of Artemisia Gentileschi and to change the artist's academic and popular reputation, focusing on her significant artistic achievements and her influence on the course of art history rather than on her biography. In the catalogue for the influential 1976 exhibition 'Women Artists: 1550-1950', the art historian Ann Sutherland Harris argued that Artemisia Gentileschi was "the first woman in the history of western art to make a significant and undeniably important contribution to the art of her time".